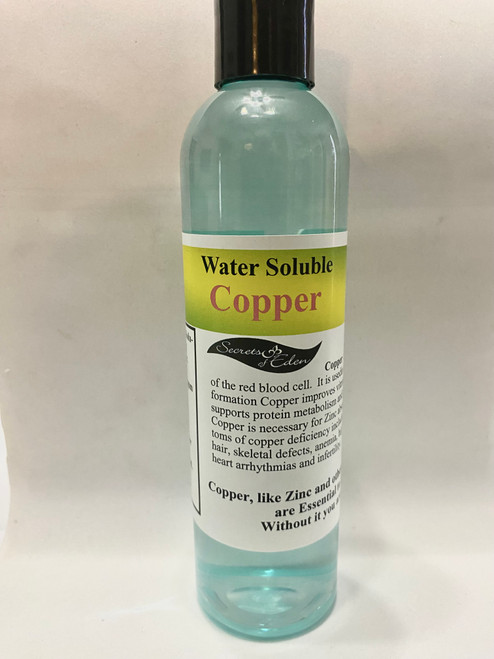 Copper is an essential trace element for humans and animals. Although Hippocrates is said to have recommended copper compounds as early as 400 B.C., scientists are still uncovering new information regarding the functions of copper in the human body.

COLLOIDAL COPPER is an essential trace mineral that facilitates the activity of several enzymes. The mineral provides a role in the development and maintenance of the cardiovascular system, including the heart, arteries, other blood vessels, skeletal system, and the structure and function of the nervous system, including the brain.

Our colloidal copper contains only pure water and pure copper and is non-toxic.

Colloids made from non-noble metals such as copper have a limited shelf life, typically 4 to 6 months, once the bottle is opened. Air, which includes oxygen, enters the bottle when it is opened. The oxygen will cause the metal nano particles to slowly oxidize converting them into their ionic state. For this reason, it is best to purchase a bottle size that you would expect to consume in 4 months or less.