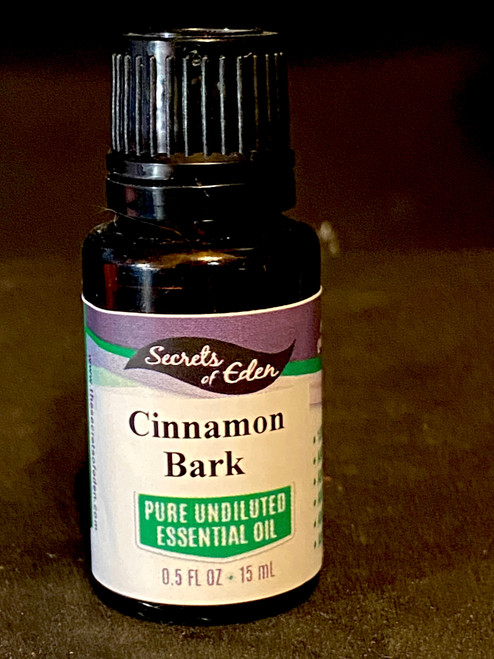 Cinnamon bark oil (Cinnamomum verum) is derived from the plant of the species name Laurus cinnamomum and belongs to the Lauraceae botanical family. Native to parts of South Asia, today cinnamon plants are grown across different nations throughout Asia and shipped around the world in the form of cinnamon essential oil or cinnamon spice. It’s believed that today over 100 varieties of cinnamon are grown worldwide, but two types are definitely the most popular: Ceylon cinnamon and Chinese cinnamon.

Browse through anyessential oil guide and you’ll notice some common names like cinnamon oil, orange oil,  lemon essential oil, and lavender oil But what makes essential oils different than ground or whole herbs is their potency. Cinnamon oil is a highly concentrated source of beneficial antioxidants.

Cinnamon has a very long, interesting background; in fact, many people consider it one of the longest-existing spices in human history. Cinnamon was highly valued by ancient Egyptians and has been used by Chinese and Ayurvedic medicine practitioners in Asia for thousands of years to help heal everything from depression to weight gain. Whether in extract, liquor, tea or herb form, cinnamon has provided people relief for centuries.

Throughout history, the cinnamon plant has been tied to protection and prosperity. It’s said to have been part of a mixture of oils used by grave-robbing bandits to protect themselves during the plague in the 15th century, and, traditionally, it’s also associated with the ability to attract wealth. In fact, if you were lucky enough to have cinnamon during ancient Egyptian times, you were considered a wealthy man; records show that the value of cinnamon might have been equivalent to gold!

The cinnamon plant is used in a few different ways to produce medicinally beneficial products. For example, you’re probably familiar with common cinnamon spice that’s sold in nearly every grocery store in the U.S. Cinnamon oil is a bit different because it’s a much more potent form of the plant that contains special compounds not found in the dried spice.

According to research, the list of Ogrnaic Cinamnom Bark Oil is long. Cinnamon is known to possess antioxidant, anti-inflammatory, antimicrobial, anti-diabetic, and anticancer properties. It can also help to fend off heart disease, high cholesterol and neurological health disorders, like Alzheimer’s and Parkinsons Disease.

Many of the benefits of cinnamon bark oil have to do with its ability to dilate blood vessels. Cinnamon bark can help enhance nitric oxide function, which causes increased blood flow and lower levels of inflammation.

Some of the most researched health benefits of using Secrets of Eden Organic Cinammon Bark oil include:

Secrets of Eden's Highest Quality Organic Cinnamon Bark Oil
15 ml
Only $38.95
In Summary Consider the following.
#1.  Cinnamon contains large amounts of highly potent polyphenol antioxidants.
#2  The antioxidants in cinnamon have anti-inflammatory effects, which may help lower your risk of disease.
#3  Cinnamon may improve some key risk factors for heart disease, including cholesterol, triglycerides, and blood pressure.
#4  Cinnamon has been shown to significantly increase sensitivity to the hormone insulin, which may improve blood sugar control.
#5  Cinnamon has been shown to lead to various improvements for Alzheimer’s and Parkinson’s disease in animal studies.
#6  Animal and test-tube studies indicate that cinnamon may have protective effects against cancer. More research in humans is needed.
Add Cinammon Bark Oil to your cart today!